Belong to the Truth Jesus Christ 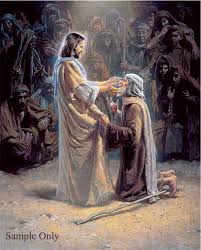 The New Mexico artist, Dan Paulos, had the good fortune to be born of two of the world�s most artistic peoples, and this Greek and Italian heritage made him sensitive to beauty from an early age. Curiously enough, these custodians of the world�s glorious colors have led him into what promises to be a great career in black and white work.

This began with calligraphy lessons from the talented teacher, Sister DeLourdes, S.C.C, who gave him an unerring eye for line and spacing. The background was laid for him to move on from calligraphy to black and white drawings, which he met at the age of nine in my paper-cuttings.

Daniel Thomas Paulos was born December 16th, 1949 in Sioux City, Iowa into a big loving, inventive family. Courage to launch out into new fields was a gift of these imaginative people. Dan attended catholic school in Iowa and eventually moved to New Mexico, where art was a part of the air.

A deep compassion for suffering humanity inspired his pictures from the first. �Christ of the Breadline,� one of his first works, was a vital and thought-provoking commentary on a grave social problem. People, as he had yet to learn, do not often like to have their thoughts provoked. They told him the picture was �too sad,� and he should endeavor not to be so literal about his religious convictions. Dan�s art, emerging from a seeing heart, became subcontaneous to an irritating degree to people who hated having their consciences probed.

At sixteen, Dan entered the religious congregation of the Brothers of the Good Shepherd in Albuquerque, to work among poor and abandoned men and boys. The experience helped to hone his weapons for attacking the world�s callousness. When he decided that his vocation lay outside religious life, he set to adapting his art for battle.
(Sister Mary Jean Dorcy, O.P.)

Dan was first inspired by the cuttings of Sister Mary Jean Dorcy, of the Dominicans of the Holy Cross, who wrote books about paper cuttings in the 1950s. Dan remembers how the flowing veils in her Madonna cuttings had moved him when he first saw them in poster form in the classroom.

Knowing that the boy was intrigued, a nun asked Paulos to try his hand at cutting likenesses of Sister Dorcy's posters. Paulos' first experience was messy; he was unfamiliar with the tools and knicked his hands when he used his father's double-edged razor. But his teacher was able to salvage the bloodspotted cutting, and Dan fell in love with the art form. Although he did not cut on a regular basis until 1985, he recalls cutting hundreds of silhouettes of family and friends in past years.

�I think the role of the Catholic artist may be, in a quiet way, to convert a person, not so much to Catholicism, but to love of God and His Mother.�

Despite the variety of subjects, all his cuttings have the characteristic branches and lattices that symbolize a network his art has been between himself and his Catholic artist friends, mentors and his religion.

About 90 percent of Dan�s original cuttings have been gifts to museums, churches and friends in Ireland, Chile, El Salvador, Germany, France and Canada. Dan supposes he could make a living cutting paper, but he maintains a full-time job �to relax.� Most of his works contain serious themes, but Dan is not above lightheartedness. A friend had suggested he do a cutting of some of his favorite subjects. Paulos thought of his nun friends and the Dr Pepper commercials. As a result, he is creating a �Dr Pepper Nun� cutting that features one of his school teachers, a Sister of Christian Charity, complete with the bonnet and bow habit, kneeling with a bottle of the soda in hand, gazing skyward and asking, �Lord, might I be a Pepper, too?�

Trinity Stores supports and encourages everyone to visit the Mother Teresa Awards recognizing achievements which beautify the world.

Our very own Br. Robert Lentz, ofm was a 2005 Mother Teresa Award Laureate!

9. Hence there exists a close connection and communication between sacred tradition and Sacred Scripture. For both of them, flowing from the same divine wellspring, in a certain way merge into a unity and tend toward the same end. For Sacred Scripture is the word of God inasmuch as it is consigned to writing under the inspiration of the divine Spirit, while sacred tradition takes the word of God entrusted by Christ the Lord and the Holy Spirit to the Apostles, and hands it on to their successors in its full purity, so that led by the light of the Spirit of truth, they may in proclaiming it preserve this word of God faithfully, explain it, and make it more widely known. Consequently it is not from Sacred Scripture alone that the Church draws her certainty about everything which has been revealed. Therefore both sacred tradition and Sacred Scripture are to be accepted and venerated with the same sense of loyalty and reverence.(6)

10. Sacred tradition and Sacred Scripture form one sacred deposit of the word of God, committed to the Church. Holding fast to this deposit the entire holy people united with their shepherds remain always steadfast in the teaching of the Apostles, in the common life, in the breaking of the bread and in prayers (see Acts 2, 42, Greek text), so that holding to, practicing and professing the heritage of the faith, it becomes on the part of the bishops and faithful a single common effort. (7)

But the task of authentically interpreting the word of God, whether written or handed on, (8) has been entrusted exclusively to the living teaching office of the Church, (9) whose authority is exercised in the name of Jesus Christ. This teaching office is not above the word of God, but serves it, teaching only what has been handed on, listening to it devoutly, guarding it scrupulously and explaining it faithfully in accord with a divine commission and with the help of the Holy Spirit, it draws from this one deposit of faith everything which it presents for belief as divinely revealed.

It is clear, therefore, that sacred tradition, Sacred Scripture and the teaching authority of the Church, in accord with God's most wise design, are so linked and joined together that one cannot stand without the others, and that all together and each in its own way under the action of the one Holy Spirit contribute effectively to the salvation of souls. 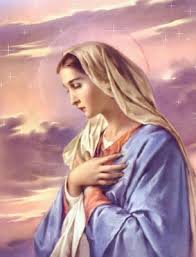